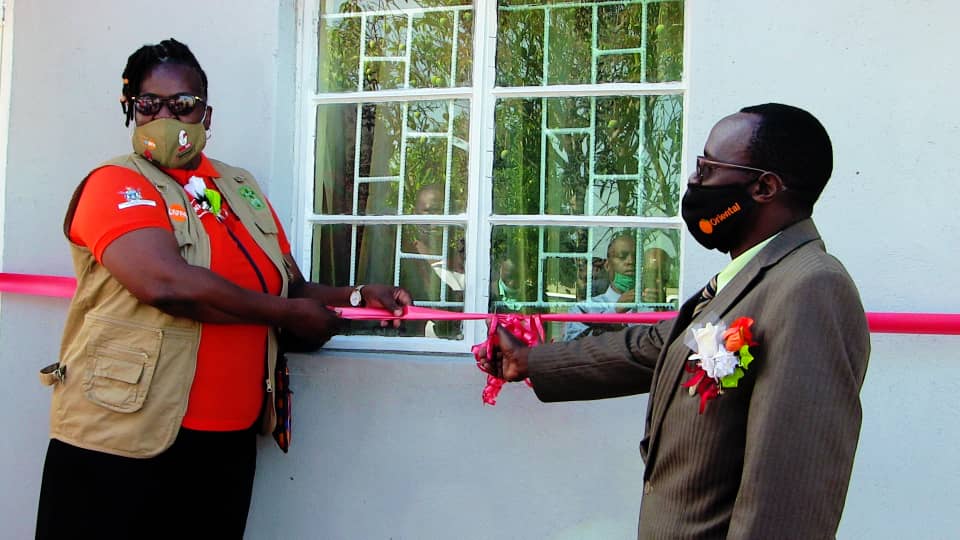 HURUNGWE- FACT Zimbabwe with support from UNFPA through the European Union sponsored Spotlight Initiative officially opened the Hurungwe Safe Shelter on the backdrop of the 16 Days of Activism Against Gender Based Violence (GBV) commemorations which ran under the theme “Orange the World: Fund, Respond, Prevent, Collect!”

The intended purpose of the safe shelter is to keep the survivor from any further potential harm from the perpetrator with the aim of supporting them in dealing with the trauma, preparation for the legal processes, economic or vocational empowerment to equip survivors with the necessary skills to lead independent and dignified lives. The shelter will also offer case management services which include psycho-social and legal support as well as follow-up to care and completion of the justice processes.

Statistics from a GBV surveillance conducted by community-based facilitators in Hurungwe for the period April 2020 to date recorded 370 cases of GBV incidents where 143 of these were of rape and physical assault. One of the physical assaults resulted in the loss of life in Pote (Hurungwe) where a woman was bludgeoned to death by her husband for failing to serve him with food at the beginning of December 2020.

Speaking during the official opening, FACT Zimbabwe Executive Director, Gertrude Shumba called on the Hurungwe community to unite in the fight against GBV by responding and preventing any forms of violence towards women, children and girls.

“As as community we need to work together to ensure violence is eliminated in all forms. Let us all unite, keep and ear and an eye on GBV and report,” she said.

Over the years, the UNFPA has been supporting FACT Zimbabwe to conduct GBV surveillance at community level in order to identify and increase the reporting of GBV cases, whilst also facilitating the referral of survivors to appropriate GBV services.

Since the partnership was established with the support from UNFPA, FACT Zimbabwe has also managed to establish GBV Safe Shelters in Zimbabwe in Makonde (Mashonaland West) and Mutasa (Manicaland) districts with the Hurungwe safe shelter being the second in Mashonaland West.

The Hurungwe safe shelter currently has a carrying capacity of 12 survivors with a provision for an overflow of up to 20 survivors. To compliment efforts of the safe shelter FACT Zimbabwe with support from UNFPA, is currently piloting the concept of satellite GBV Safe Shelters at community level that will serve as temporary half way homes admitting survivors in transit to the safe shelters.