“Heartbroken, but never gave up!” 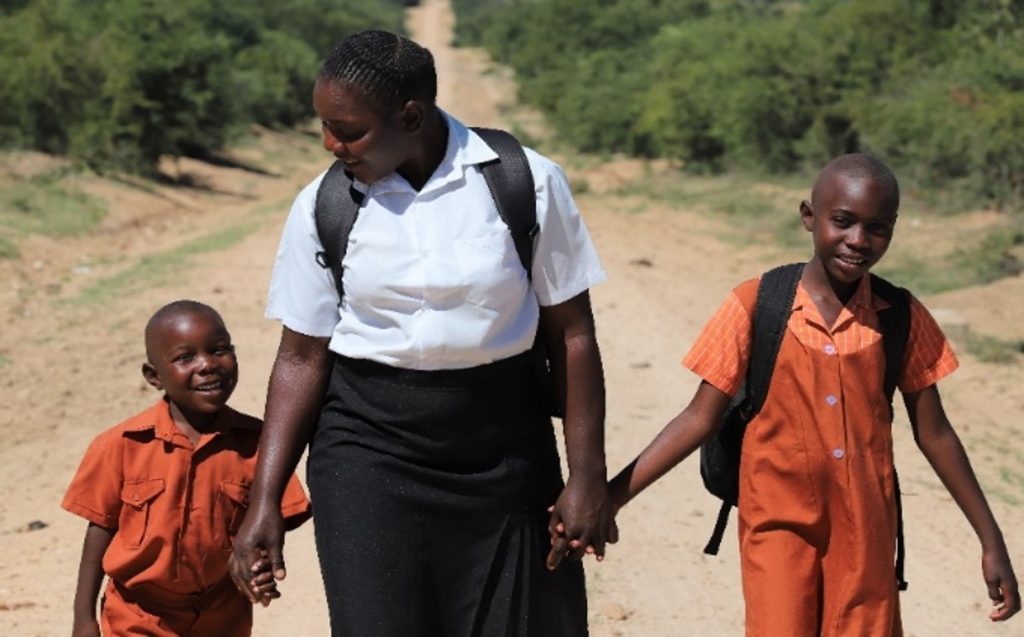 Twenty-four-year-old Paida is a mother of two, she stays in Mutare, a USAID/PEPFAR supported district. She never saw her parents, at the age of 19 she had two children (Blessmore and Divine) with different fathers who both fled. Paida was left alone with the responsibility of looking after her two children. She was chased away from home by her grandmother who raised her up and she thought of selling sex.

“I was heartbroken, but l never gave up!” stated Paida, with a smile on her face.

In 2016, Paida met a village health worker at a local clinic in Chitakatira and she showed interest in going back to school to continue with her studies. Paida was enrolled under the USAID/PEPFAR supported DREAMS program which is being led by Family AIDS Caring Trust (FACT) Zimbabwe in Manicaland province. At first, Paida and her two children were referred for an HIV test and they all tested HIV negative. Through the DREAMS program Paida received educational assistance including school fees, uniforms, stationery and examination fees. Paida then received family planning services and sexually transmitted infection screening from Population Services International (PSI). Paida took part in combination socio-economic approaches for caregivers and gender norms sessions which are being led by FHI360. Additionally, Paida received psychosocial support services and took part in gender based violence sessions. Currently, she is part of the internal saving and lending scheme group which is being facilitated by FACT.

Later on, Paida’s children were enrolled in the Children Tariro program and so far they have received school fees support, stationery and uniforms.

Blessmore (6) received Early Childhood Stimulation, Infant and Young Child Feeding (IYCF), immunisation tracking and growth monitoring. IYCF helps in bringing the critical nutrition and good feeding practices to children below 4 years through their caregivers and has transformed the feeding practices among caregivers towards their children.

Divine (8) is part of stepping stones for children sessions; she is being empowered with knowledge and skills on child protection, sexual reproductive health information, gender-based violence, HIV prevention and life skills education for risk avoidance and reduction.

Verily it takes a village to raise a child. Paida’s story has a positive ending, as with support from FACT, FHI360 and PSI, she accessed a wide range of services which are not limited to HIV testing and sexual reproductive health services.

FACT will enrol Paida in the Families Matter! Programme when Divine is 9 years so that she can be impacted with parenting skills.

“I am currently doing my advanced level studies at Chitakatira High School. I aspire to be a well-known Lawyer advocating for children, adolescent girls and young women’s rights especially those in the rural areas of Zimbabwe.” – Paida

If adolescent girls and young women are not supported to achieve their dreams; their potential can be undersized and muted by the irreversible effects of child marriage, STIs, early pregnancy and HIV among others.

Since 2016, through FACT, USAID/PEPFAR has been supporting 14, 300 orphans and vulnerable children, adolescent girls and young women with educational assistance and other vital services through DREAMS and Children Tariro programs.