“After Completing my studies, I want to be a doctor,”- Junior. 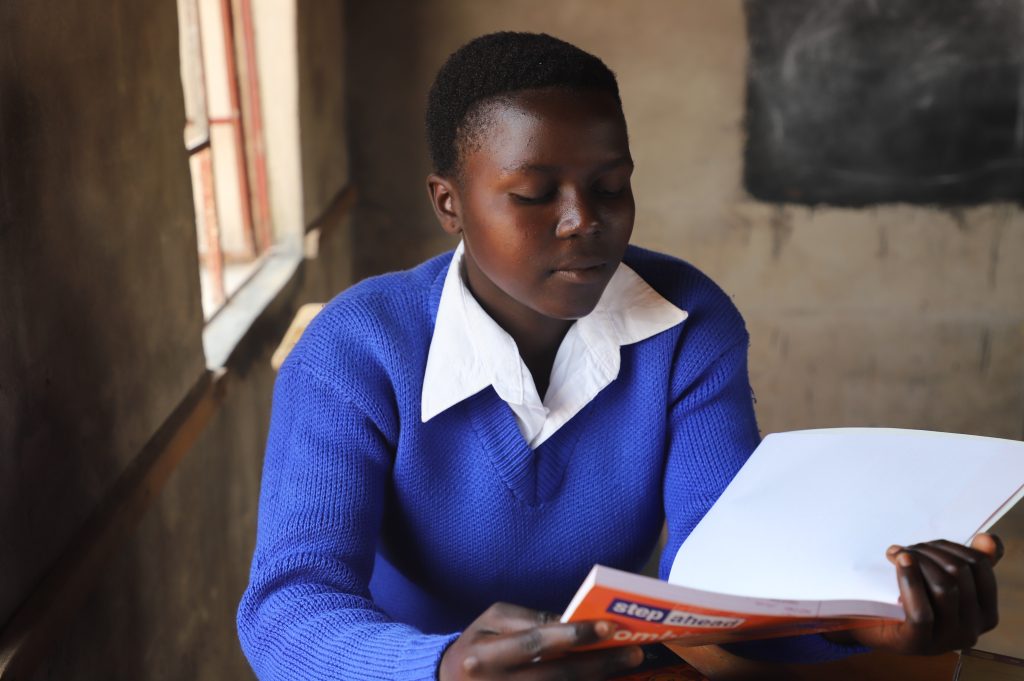 A single orphan, Junior lost her father who passed on in 2018 when she was still in Form One. Left only with her mother and sibling, Junior was on the brink of dropping out of school as her mother could not continue supporting her educational needs.

As Junior narrates her ordeal it was not easy for a 14-year-old girl child and a single orphan as most of her peers had dropped out of school got married or had left the country for greener pastures. Junior did not resort to any of the temptations a girl of her age and not going to school would succumb to.

“After my father passed on, I faced a number of challenges which include my friends getting married and leaving the country going to Mozambique and South Africa to work. Not being in school also meant I was to help my mother fend for myself, herself and my brother by working while my heart wanted to be in school.”

It was in 2019, when one of Junior’s teachers realized she was on the brink of dropping out of school and facilitated her entry into the FACT Zimbabwe implemented Children Tariro Programme. Junior’s hope was re-kindled and was re-admitted into school a wish she was longing for.

“I joined the Children Tariro Programme after one of my teachers assisted me to be part of the programme. My wish to be in school with others was fulfilled,” she said.

Today Junior is doing her Form Three studies at Chimana Secondary School in Chipinge and is receiving the much-needed education assistance which include payment of school fees, provision of school uniforms and textbooks through the Children Tariro Programme. Junior’s prospects are to remain in school, excel in her studies and one day become a doctor.

“My wish after completing my studies and pass, is to become a doctor and help my community with their health needs,” said Junior with a smile on her face.